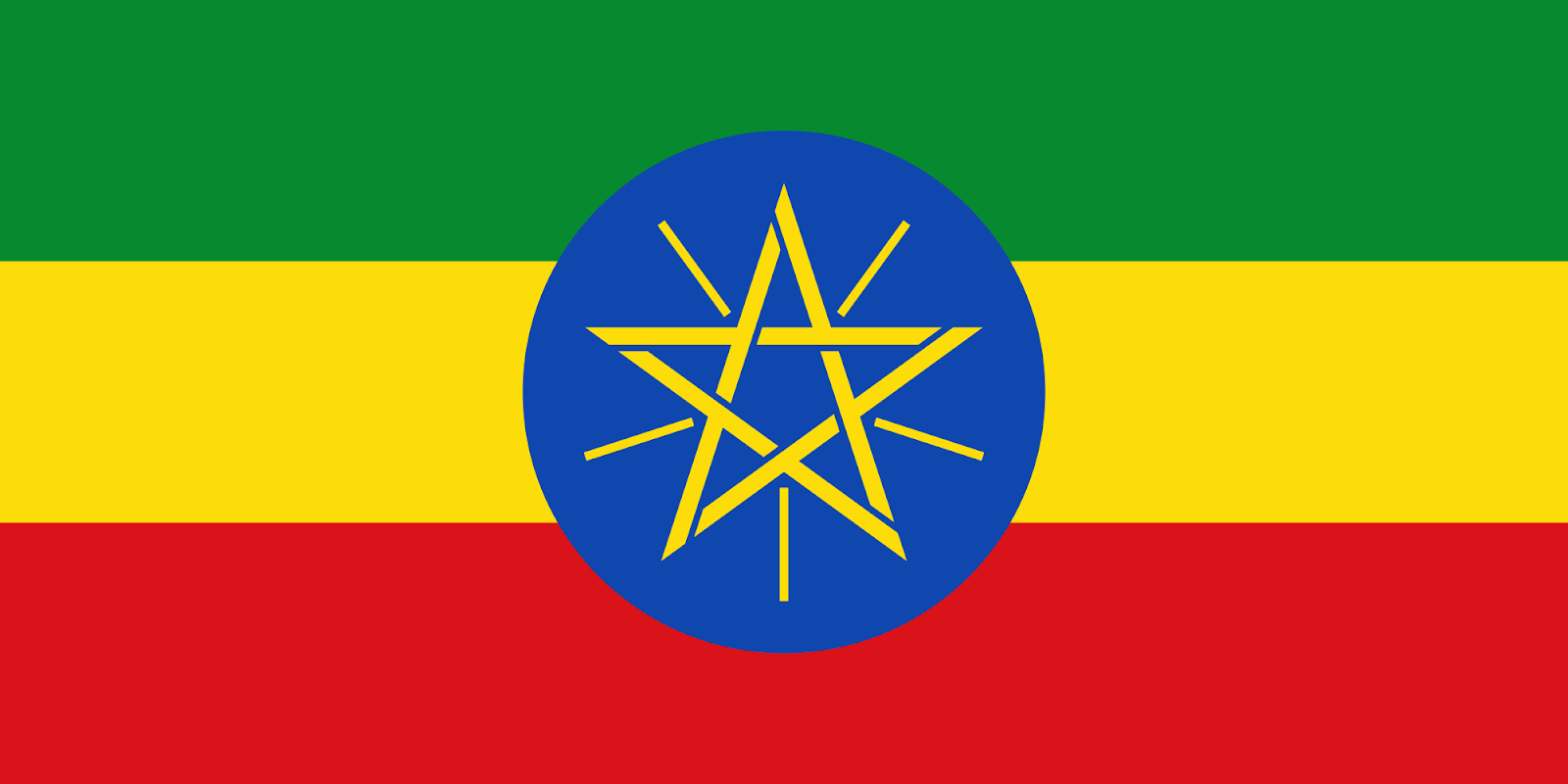 Instructions.
Highlight the correct answer for each question.


2) Ethiopia is often referred to as what?
a) The heart of Africa b) The lion of Africa
c) The Horn of Africa d) The best country in Africa


3) What is the capital city of Ethiopia?
a) Bahir Dar b) Dire Dawa
c) Awassa d) Addis Abada


6) What is considered to be the rarest species of animal in Ethiopia?
a) Ethiopean Wolf b) Mountain Nyala
c) Somali Wild Donkey d) Black Lion


8) Which months are the rainy months in Ethiopia?
a) March to April b) July to September
c) June to August d) March to June


9) What does landlocked mean?
→ surrounded by land


10) What else have you learned about Ethiopia?
→ ethiopia actually has 109.2 million people