Please read the article on Niue here before answering the questions.

a) Samoan b) Tongan

2) What is Niue often referred to as?

c) The tiny island nation d) The heart of the Pacific

3) Who was the first European settler to sight Niue?

i) When did he sight Niue?

4) What is the name of the Niuean bark cloth?

a) Hiapo b) Tapa Cloth

5) Describe what a motif is:

→ it is a pattern

6) Niueans were the first to introduce what to their hiapo?

a) Animals b) Names

7) How many attempts did Captain Cook make to land in Niue?

i) Why do you think the people of Niue refused to let him set foot on shore?

introduction, it’s the last day of school and i couldn’t wait until the holidays so i could play with all my friends so i told all of them Sheldon, Lincoln, Roman, Gabriel and Kris. so then I asked them if they were going to be online the next day. It was an obvious answer they all said yes, then it was the next day.

First, I was waiting for my friends to be online because we would be on for the whole holidays. Then 4 of my friends went online. It was Sheldon, Lincoln and roman we all played squads but then after 5 matches we easily got bored. So the next game we played rocket league (basically car soccer) then after i completed the challenges i went back on to fortnite and i played fortnite and rocket league for the rest of the week.

Next, my mum said “we are going to move out”, i knew this already and all the stuff was packed in the other house so then i moved. After that, i moved into the new house. It was all the way in otahuhu but i still went to Pt England School, then i went back on the game all five of my friends are already online so i told them to invite me and we played for the whole second week.

Finally, it was the last day of the holidays. It was Sunday so we started playing lots of times on rocket league and fortnite. I told them “(sigh) last day of the holidays” so we started playing hard on the other players on rocket league and at 7:00 o clock i told my friends i had to get off at 8:30 so i played fortnite for the last 1 hour and 30 minutes left. The last game we had was in rocket league. I got like 5 goals and everyone else got nothing, including my friends then i had to get off so i did. Overall, I had a great weekend. I played with my friends and I moved out. Even better

was that my birthday was tomorrow on Monday and that was my holiday. It was mostly gaming but now it's school which is not as good news 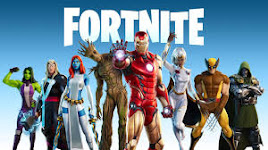 Please read the article on here before answering the questions.

1) What are the 4 main Māori art forms

2) Which of these were not a typical material that Māori used for carving?

4) Traditionally Ta Moko was done with a what?

5) Where did women traditionally get tattooed?

6) What was weaving used to create?

→ wall panels in meeting houses and other important buildings

7) Why did feather cloaks become more difficult to create?

→ the extinction and the endangerment of the new zealand birds

8) Painting was mostly used for?
a) Fake tattoos